It is a wonderful film still and the live performance of Chaplin’s score by the assembled RNCM Symphony Orchestra (including Barbershop quartet) enhanced it no end.

Chaplin wrote the screenplay as well as the score, besides directing and of course starring in the film.  The factory set and set-up, futuristic by ‘30s standards, owes something perhaps to Fritz Lang’s Metropolis.  But all the rest: the infectious comedy, the manic chases, the surprisingly graceful dancing and the skating close to danger (literally in this case), the humanity and sentimentality.  All of that, and more, is pure Chaplin.

He is a genius and the indefatigable tramp, always polite to ladies but never accepting of authority, is a masterful creation.  The world is a skirmish we stumble into, it’s not really about us: the tramp knows this.  To see him take to the open road cannot but raise your spirits.

The diamond-like playing of the French pianist, the finest of his generation, made for a splendid concert.

Quite an eclectic mix of works were on show – Bach, Schubert, Couperin and Chopin being the composers represented – with each one seemingly designed to demonstrate a different facet of Tharaud’s immense talent, whether it be his feel for melody or the pace and timing of his touch.

Yet amidst the virtuosity you could point to two constants: beauty and brilliance.

Details of Alexandre Tharaud’s forthcoming concerts can be found here. 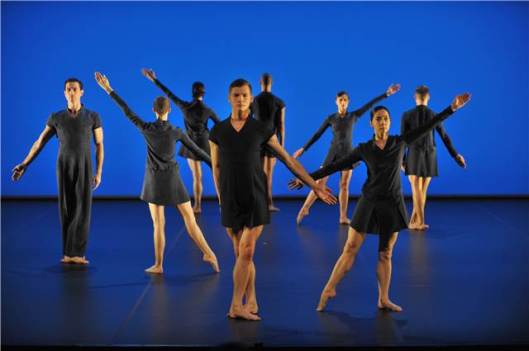 There were three pieces, each quite different in character.

The first opened with a girl descending from the sky, to be held by a fellow appearing stage left.  It featured half a dozen or so Scritti Politti tracks, Green’s voice the unifying register.  Motion became mellow and melancholy.

This was followed by a fast, frenetic dance to a Pistols’ song: a return to origins, perhaps.

Details of the Michael Clark Company’s current productions can be found here.

As action-adventure movies go, this is a superior example of the genre, a modern tale of piracy on the high seas.

The action is relentless, the suspense sustained right up to the end, and both Tom Hanks (the Cap’n) and Barkhad Abdi (his nemesis, the Long John Silver figure) delivery classy, nuanced performances.

If you are considering messing with the USA or American citizens working abroad, think again.  That’s a major subtext.  The film is on one level a display of America’s military might and technological power.  Towards the end, in actual fact, it is the efficiency and ultra-professionalism of the Navy SEALs that takes centre stage.  These guys live by the motto, The only easy day was yesterday, which is fearsome enough.  You’d be well advised to beware, leave well alone.

Captain Phillips is a gripping drama.

The opening shot is the famous one, and it hooks you right from the off.

The ticking bomb placed in the parked car, the driver arriving with his passenger and the car moving off, driving through the cluttered streets of the small border town, nearly colliding with Vargas (Charlton Heston) and his wife (Janet Leigh), there on their honeymoon, who sometime later kiss – just before the bomb explodes.

Welles sculptures a compelling drama of disillusion and betrayal out of, let’s be frank, some rather shoddy pulp material, which is to say that it is not a perfect film.  The behaviour of Vargas’s wife, for example, is not only implausible, it’s absurd.  And as for Charlton Heston in black face: the word ‘silly’ doesn’t quite do it justice.

At the film’s core, beyond the parade of grotesqueries, is the relationship between Quinlan (Welles) and his sergeant (Joseph Calleia),  the cop who (as Marlene Dietrich says at the end) loves him.  During the course of Quinlan’s investigation, that bond (the one true thing in both their lives) is eroded until it finally hangs by a thread.  And in the end the grimy tide drowns all.

Touch of Evil is showing again as part of the Matinee Classics season on Wednesday, further details are here.

What can one fruitfully add to the title, a title which accurately and ably, without undue fuss or bother, describes the book’s contents?

Well, first one can expand upon it slightly.  The plays in question are Ivanov, The Seagull, Uncle Vanya, Three Sisters and The Cherry Orchard.  So, all are what one can call Chekhov’s mature theatrical works.

One can also say of the translations by Marina Brodskaya that they are sharp and clear, pellucid, luminous even, beautifully sculptured; and that at least one English version (The Cherry Orchard) has been tried and tested in production.

There are a plentiful number of accompanying notes, each one to the point and not overly recondite.  The notes indicate where one or more characters switch from the formal to the informal ‘you’, something that it is useful for a director or an actor to know.  They point out as well quotations, literary and cultural allusions, Russian idioms and references to Russian customs.

Tobias Wollf’s introduction is in essence a fulsome appreciation of Chekhov’s life and work, and he deserves no less.  The more you know about the man, the more you cannot help but admire him.  His work is characterised by a near-objective observation of human behaviour and an ineradicable compassion: what art should aim for.  Rosamund Bartlett’s Chekhov: Scenes from a Life should be your next port of call if you want an extended portrait.

These are admirable versions of the plays and this is a volume that I’ll return to again and again, and very soon.  For instance, when The Library Theatre do The Seagull next year.

This is a vibrant production of Chekhov’s classic play.

As long as we live through times of technological change and social upheaval, and we will sure enough, The Cherry Orchard will have relevance to us.

Several things stood out in this production.  There were strong performances all around, particularly from Anna Herzog as Ranyevskaya, Christopher Finnegan (Lopakhin) and Sian Morgan (Charlotta); they were easily of professional calibre.  Peter Knowles’ set made inventive use of the given space; the way the set created depth in the third act was something that others could learn from.  And the music, too, was well chosen: the gypsy song Dve Gitari between acts 1 and 2 being especially atmospheric.

As for the drama itself, well, it is suffused with a sense of precariousness – and so clearly of our time.  Ranyevskaya (a woman wounded by love, as her name suggests) and her brother are wracked with an anxiety over the future, an uncertainty as to how to make ends meet.  There is comedy and cruelty, certainly, yet Chekhov’s talent for humanity, his compassionate heart, is everywhere evident.  The ending is both an occasion for hope and a reason to despair.

The play’s a masterpiece and this was a wonderful theatrical rendering of it.

The Cherry Orchard is at the Capitol Theatre until 19 October, further details can be found here.

This is a stirring production of Donizetti’s dark opera, based on Sir Walter Scott’s novel.

As arias and melodies go, you’ll find few as beautiful as those here; the music is dramatic or atmospheric as and when it needs to be; and the so-called ‘mad scene’ where a blood-spattered Lucia (Rochelle Hart) parades before her wedding guests is as extraordinary as ever.  The demands that this unique scene places on the soprano are great indeed, but one must say that Rochelle Hart was equal to them.

Yet for all its undoubted virtues and grand heights, the opera does have one dramatic flaw: the final scene (Edgardo’s suicide) often feels like an anti-climax.  Lucia has been simply too strong a presence; the penultimate scene too striking a spectacle.

Even so, an opera that undertakes to tell the story of a transgressive love, one neither blessed by God nor sanctioned by society, where the woman is a murderer and the man a suicide (and most likely a reader of Radicati’s A Philosophical Dissertation Upon Death in his spare time).  How can seeing such an opera not be a liberating experience?

Details of all Opera Seria’s future productions, including the production of Donizetti’s Maria Stuarda in April 2014, can be found here.